Samsung Galaxy M30 has a slight difference in a gradient finish at the back you get a dual ton finish. It looks more finished and polished compared to the Samsung Galaxy M20. M30 has a headphone jack, Primary microphone, and speaker at the bottom and on the right, you get the volume and lock button similarly on the left side, you get the sim tray. 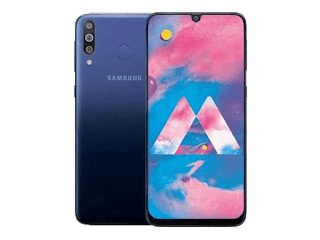 At the backside of Samsung Galaxy M30, you get the fingerprint scanner and triple camera setup which includes a normal primary camera, wide-angle camera, and a depth sensor. There is also an LED flash below the cameras.
Samsung Galaxy M30 has a quite an amazing super AMOLED infinity-U display with full HD resolution and the screen size is 6.4 inches.

Samsung Galaxy M30 comes with 5000 mAh battery and also support for a fast charging facilitated by the 15W charger. You can play games and watch youtube videos full day without worrying about the charging problem.

How to Join the Free Fire advanced server! Join now